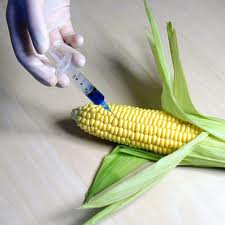 The “Monsanto Protection Act” is the name opponents of the Farmer Assurance Provision have given to this terrifying piece of policy, and it’s a fitting moniker given its shocking content.

President Barack Obama signed a spending bill, HR 933, into law on Tuesday that includes language that has food and consumer advocates and organic farmers up in arms over their contention that the so-called “Monsanto Protection Act” is a giveaway to corporations that was passed under the cover of darkness.

There’s a lot being said about it, but here are five terrifying facts about the Farmer Assurance Provision — Section 735 of the spending bill — to get you acquainted with the reasons behind the ongoing uproar:

1.) The “Monsanto Protection Act” effectively bars federal courts from being able to halt the sale or planting of controversial genetically modified (aka GMO) or genetically engineered (GE) seeds, no matter what health issues may arise concerning GMOs in the future. The advent of genetically modified seeds — which has been driven by the massive Monsanto Company — and their exploding use in farms across America came on fast and has proved a huge boon for Monsanto’s profits.

But many anti-GMO folks argue there have not been enough studies into the potential health risks of this new class of crop. Well, now it appears that even if those studies are completed and they end up revealing severe adverse health effects related to the consumption of genetically modified foods, the courts will have no ability to stop the spread of the seeds and the crops they bear.

2.) The provision’s language was apparently written in collusion with Monsanto. Lawmakers and companies working together to craft legislation is by no means a rare occurrence in this day and age. But the fact that Sen. Roy Blunt, Republican of Missouri, actually worked with Monsanto on a provision that in effect allows them to keep selling seeds, which can then go on to be planted, even if it is found to be harmful to consumers, is stunning. It’s just another example of corporations bending Congress to their will, and it’s one that could have dire risks for public health in America.

3.) Many members of Congress were apparently unaware that the “Monsanto Protection Act” even existed within the bill they were voting on. HR 933 was a spending bill aimed at averting a government shutdown and ensuring that the federal government would continue to be able to pay its bills. But the Center for Food Safety maintains that many Democrats in Congress were not even aware that the provision was in the legislation:

“In this hidden backroom deal, Sen. [Barbara] Mikulski turned her back on consumer, environmental and farmer protection in favor of corporate welfare for biotech companies such as Monsanto,” Andrew Kimbrell, executive director of the Center for Food Safety, said in a statement. “This abuse of power is not the kind of leadership the public has come to expect from Sen. Mikulski or the Democrat Majority in the Senate.”

4.) The President did nothing to stop it, either. On Tuesday, Obama signed HR 933 while the rest of the nation was fixated on gay marriage, as the U.S. Supreme Court heard oral argument concerning California’s Proposition 8. But just because most of the nation and the media were paying attention to gay marriage doesn’t mean that others were not doing their best to express their opposition to the “Monsanto Protection Act.” In fact, more than 250,000 voters signed a petition opposing the provision. And Food Democracy Now protesters even took their fight straight to Obama, protesting in front of the White House against Section 735 of the bill. He signed it anyway.

5.) It sets a terrible precedent. Though it will only remain in effect for six months until the government finds another way to fund its operations, the message it sends is that corporations can get around consumer safety protections if they get Congress on their side. Furthermore, it sets a precedent that suggests that court challenges are a privilege, not a right.

“I think any time you tweak with the ability of the public to seek redress from the courts, you create a huge risk,”