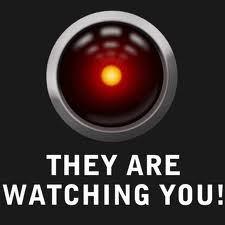 Intel has confirmed it will be selling a set-top box direct to the public later this year, along with a streaming TV service designed to watch you while you’re watching it.

The device will come from Intel Media, a new group populated with staff nicked from Netflix/Apple/Google and so forth. Subscribers will get live and catch-up TV as well as on-demand content – all delivered direct from Intel over their broadband connections. It’s a move which will put Chipzilla firmly into US living room, and no doubt ignite a host of privacy concerns from those who want to watch without being watched.

The announcement, made during an interview at the AllThingsD conference in California, isn’t a great surprise; rumours of an Intel play have been swirling around for the last year and sure enough Erik Huggers (VP at Intel Media) admitted that the company has been working on the device, and associated service, for the last 12 months. He didn’t say what the service will be called, but did say that the US isn’t ready for entirely à la carte options and that Intel will be selling bundles of content – though we’ll have to wait to see what they comprise.

More controversial is the plan to use a camera on the box to look outward, to identify the faces staring at the goggle box… telescreen-stylie. Intel will use that to present personalised options and targeted advertising, in a process which seems immediately creepy but might make sense to anyone who has tuned in to NetFlix to be told “Because you watched Power Rangers Ninja Storm…” We’re used to being watched while we’re web surfing, and those using Google Docs know the composition process contributes to their profile, but being watched on camera might be a step too far for some.

Huggers points out that the camera will have a physical shutter on the front, which can be closed, and that having the box recognise the viewers is simply easier than maintaining separate accounts, but Intel accepts that there’s a public-relations challenge ahead.

Intel will be embracing the H.265 codec, recently developed and just approved by the ITU, which should provide better video over less bandwidth, but will make getting support across devices a challenge.

Huggers made much of his experience at the BBC:”I built this thing called iPlayer in the UK, and we made that service available to more than 650 devices”, citing the broad platform support as essential to the success of iPlayer (which he describes as “catch-up TV done properly”) and promising that Intel’s service will also get broad support.

Whether the Android and iOS clients will feature the watching-you-watching-them tech, patented by Intel last year, we don’t know, but the entry of Intel into the market is significant not only to shake up on-demand TV but also to ensure a future for the chip manufacturer as a provider of on-demand television – a business safe from the ARM-based competitors.