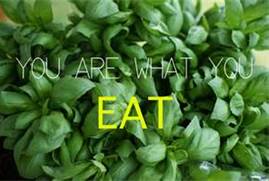 Big Food Is Making Us Sick

The Independent reports that food companies are becoming insanely concentrated:

Increasingly, a handful of multinationals are tightening their grip on the commodity markets, with potentially dramatic effects for consumers and food producers alike.

Three companies now account for more than 40 per cent of global coffee sales, eight companies control the supply of cocoa and chocolate, seven control 85 per cent of tea production, five account for 75 per cent of the world banana trade, and the largest six sugar traders account for about two-thirds of world trade, according to the new publication from the Fairtrade Foundation.

This is the year “to put the politics of food on the public agenda and find better solutions to the insanity of our broken food system”.

More people may be shopping ethically – sales of Fairtrade cocoa grew by more than 20 per cent last year to £153m – but, according to the report, the world’s food system is “dangerously out of control”.

How is that effecting the safety of our food supply? Reuters notes:

In an international analysis of involvement by so-called “unhealthy commodity” companies in health policy-making, researchers from Australia, Britain, Brazil and elsewhere said … that through the aggressive marketing of ultra-processed food and drink, multinational companies were now major drivers of the world’s growing epidemic of chronic diseases such as heart disease, cancer and diabetes.

This is done by “building financial and institutional relations” with health professionals, non-governmental organizations and health agencies, distorting research findings, and lobbying politicians to oppose health reforms, they said.

They cited analysis of published research which found systematic bias from industry funding: articles sponsored exclusively by food and drinks companies were between four and eight times more likely to have conclusions that favored the companies than those not sponsored by them.

How are giant food manufacturers trying to influence legislation?

As Waking Times reports, they’re trying to gag all reporting:

States are adopting laws meant to keep consumers in the dark about where their food comes from.

Do you have a right to know where that steak on your plate came from?

Should it be legal to photograph chicken farms and dairy cows?

Big Agriculture says you don’t and it shouldn’t. Armies of Big Ag lobbyists are pushing for new state-level laws across the country to keep us all in the dark. Less restrictive versions have been law in some states since the 1980s, but the meat industry has ratcheted up a radical new campaign.

This wave of “ag-gag” bills would criminalize whistleblowers, investigators, and journalists who expose animal welfare abuses at factory farms and slaughterhouses. Ten states considered “ag-gag” bills last year, and Iowa, Missouri, and Utah approved them. Even more are soon to follow.

Had these laws been in force, the Humane Society might have been prosecuted for documenting repeated animal welfare and food safety violations at Hallmark/Westland, formerly the second-largest supplier of beef to the National School Lunch Program. Cows too sick to walk were being slaughtered and that meat was shipped to our schools, endangering our kids. The investigation led to the largest meat recall in U.S. history.

Big Ag wants to silence whistleblowers rather than clean up its act. Ag-gag bills are now pending in Pennsylvania, Arkansas, Indiana, Nebraska, and New Hampshire. Similar legislation may crop up in North Carolina and Minnesota.

The bills aren’t identical, but they share common language — sometimes even word-for-word. Some criminalize anyone who even “records an image or sound” from a factory farm. Others mandate that witnesses report abuses within a few hours, which would make it impossible for whistleblowers to secure advice and protection, or for them to document a pattern of abuses.

Indiana’s version of this cookie-cutter legislation ominously begins with the statement that farmers have the right to “engage in agricultural operations free from the threat of terrorism and interference from unauthorized third persons.” [The Feds are treating people who expose abuse in factory farms as potential terrorists … and the states want the same power.]

Yet these bills aren’t about violence or terrorism. They’re about truth-telling that’s bad for branding. For these corporations, a “terrorist” is anyone who threatens their profits by exposing inhumane practices that jeopardize consumer health.

Ag-gag bills aren’t about silencing journalists and whistleblowers. They’re about curbing consumer access to information at a time when more and more Americans want to know where our food comes from and how it’s produced.

The problem for corporations is that when people have information, they act on it. During a recent ag-gag hearing in Indiana, one of the nation’s largest egg producers told lawmakers about a recent investigation. After an undercover video was posted online, 50 customers quickly called and stopped buying their eggs. An informed public is the biggest threat to business as usual.

An informed public is also the biggest threat to these ag-gag bills. In Wyoming, one of the bills has already failed. According to sponsors, it was abandoned in part because of negative publicity. By shining a light on these attempts, we can make sure that the rest fail as well, while protecting the right of consumers to know what they’re buying.

So what – exactly – are the giant food corporations trying to hide?

They are fraudulently substituting cheaper – less healthy – food for high-quality food. And see this.

Indeed, the dairy industry wants to add sweeteners – such as aspartame – to milk without any labeling.

Food fraud is rampant .. including huge proportions of fish and meat.

The bottom line is that collusion between government and big business is dishing up cheap, unhealthy food … just like collusion between D.C. and giant corporations caused the financial crisis, the Fukushima nuclear meltdown, the Gulf oil spill and other major disasters (and see this; and take a peek at number 9).

For example, the FDA:

The Department of Agriculture:

An official U.S. government report finds that Americans ‘are sicker and die younger’ than people in other wealthy nations. There are a number of factors making us sick … but unhealthy, cheap food is part of it.

One solution: buy from local farmers and ranchers … or grow your own as much as possible.