naturalnews.com by Ethan A Huff 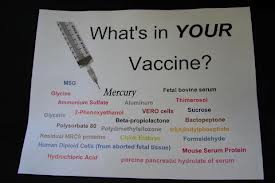 More evidence has emerged showing that the GlaxoSmithKline (GSK) vaccine Pandemrix, which was widely administered throughout Europe during the 2009-2010 H1N1 influenza “pandemic,” was responsible for causing serious and permanent side effects in many of the children that received it. At least 800 children, it turns out, many of whom live in Sweden, now have narcolepsy because of the vaccine, and some government officials are demanding answers.

As we reported back in March 2012, a study published in the journal Public Library of Science ONE found that cases of narcolepsy, an incurable sleeping disorder that can cause hallucinations, nightmares, and even paralysis, skyrocketed by about 1,700 percent in children and teenagers under the age of 17 following the widespread administration of Pandemrix. Scientists determined at the time that mass vaccination campaigns for Pandemrix were directly associated with this otherwise inexplicable spike in cases of narcolepsy.

Now, researchers have all but confirmed without a doubt that Pandemrix was, indeed, responsible for triggering the autoimmune disorder in a significantly higher percentage of the population than normal. Even Emmanuel Mignot, one of the world’s leading experts on narcolepsy who is currently being funded by GSK to get to the bottom of the issue, explained to reporters that there is “no doubt in [his] mind whatsoever” that Pandemrix is directly responsible for causing the increase in narcolepsy cases among European children.

“This is a medical tragedy,” added Goran Stiernstedt, a public health official from Stockholm, Sweden, about the wave of vaccine-induced narcolepsy in his country. Roughly five million Swedes were vaccinated for H1N1 during the 2009-2010 “pandemic,” and yet as few as 30 people among these are estimated to have been saved from swine flu death as a result of the shot. Meanwhile, more than 200 cases of narcolepsy have since been reported and confirmed throughout the Scandinavian country. “Hundreds of young people have had their lives almost destroyed.”

Following the initial release of reports linking Pandemrix to narcolepsy, the European Medicines Agency (EMA) quickly blocked the vaccine from being further administered to individuals under the age of 20. But the damage has already been done among those who have been confirmed to be vaccine-damaged as a result of Pandemrix. And unless the vaccine is completely banned among all age groups, further reports of permanent vaccine damage could emerge in the coming months and years.

Back in 2011, a GSK subsidiary pleaded guilty to marketing medicines and vaccines that were known to be contaminated with bacteria. A tip from a company whistleblower triggered a federal investigation that exposed the GSK company for deliberately contaminating products in order to cut costs, and carelessly manufacturing some of its drugs with bacteria-contaminated water.