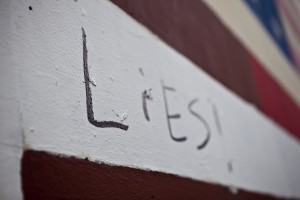 1% “leaders” in government, economics, and corporate media saturate the 99% in vicious criminal policies; perhaps 100 of critical importance. These crimes are “emperor has no clothes” obvious upon inspection, and only continue from official propaganda of diminishing credibility.

The 99% can end these Orwellian crimes through command of objective facts and demand for arrests of obvious criminals. The basic facts for justice under law seem easiest in three areas:

From my work with both political parties’ “leaderships” since 1980, I assert that Earth’s inhabitants will never be free in creativity, progress, or love with this enormity of viciousness that only increases.

Although we say the above points often, I don’t see much else to say beyond helping to make the choice clear between competent American citizenship that recognizes and ends obvious crimes, versus thoughtless obedience to criminal “leadership” that annually kills millions, harms billions, and loots trillions.